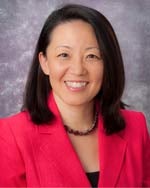 Mijung Park, assistant professor, recently completed a study that was published in PLOS One, one which has garnered a great deal of national media attention. The study looked at living in unsafe neighborhoods and found a significant impact on telomere length, a marker of aging cells. Dr. Park and her colleagues noted that those who live in bad neighborhoods are biologically older – by about 12 years -- than those who live in more favorable neighborhoods. As this study could have national and international implications, it has received a great deal of attention in media outlets across the globe: