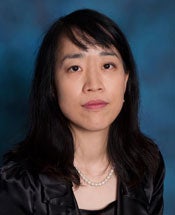 Class Act: The University of Pittsburgh School of Nursing stands out in the way it prepares psychiatric nursing students to identify medical conditions that may masquerade as a psychiatric condition, Lee believes. “Before we think about a diagnosis, we have to think first if there’s a medical condition there,” she says. “There are conditions that may actually mimic psychiatric symptoms.” Colleagues from other programs often comment, Lee says, on how good the students in her program are at using the evidence.

Distance Education at the University of Pittsburgh School of Nursing is a formalized teaching and learning system.